Receive an email when new articles are posted on

Please provide your email address to receive an email when new articles are posted on .
We were unable to process your request. Please try again later. If you continue to have this issue please contact [email protected]

Today is World Kidney Day, and the National Kidney Foundation is emphasizing its effort with the Coalition for Kidney Health to nominate targeted screening or case finding for chronic kidney disease based on risk conditions, like diabetes. 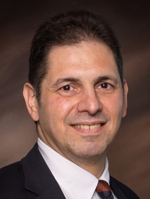 The NKF is nominating these screenings to the United States Preventive Service Task Force (USPSTF) to re-evaluate the current absence of a recommendation. This reassessment is overdue and increasingly urgent, given significant racial and ethnic inequities in the diagnosis and treatment of kidney disease that have been worsened by the COVID-19 pandemic and socioeconomic depravation.

Current evidence supports testing individuals with diabetes, hypertension and other conditions, as recommended by clinical practice guidelines from the American Diabetes Association, the Kidney Diseases Improving Global Outcomes and the Kidney Disease Outcomes Quality Initiative. The major barrier in the United States is the limited use of the quantitative urine albumin-creatinine ratio (uACR), with annual testing rates of approximately 40% for diabetes and less than 10% for hypertension in national data, supporting the need for interventions to improve targeted albuminuria testing.

The absence of a current CKD screening recommendation contributes to the low rates of testing and, in turn, suboptimal CKD diagnosis in the primary care setting. It is a necessary action if we want to address this year’s World Kidney Day theme, Kidney Care For All.

More than 90% of Americans with kidney disease are unaware they have it. Health services research and the United States Renal Data System show Americans with CKD have more than 50% uncontrolled diabetes and hypertension, low rates of disease-modifying medication use, suboptimal interdisciplinary care and 80% hemodialysis catheter use at dialysis initiation.

Randomized trials have demonstrated kidney and cardiovascular protection using new CKD therapeutics that increase the potential outcome and cost benefits of CKD diagnosis. Overwhelming evidence from CREDENCE, DAPA-CKD and other trials shows the SGLT2 inhibitor drug class has efficacy in slowing CKD progression and reducing risk of cardiovascular events, particularly heart failure hospitalization in patients with CKD and type-2 diabetes mellitus (T2DM), as well as those without diabetes.

Mortality benefits were also shown in the SGLT2 inhibitor trials. Elevated albuminuria by uACR is an evidence-based indication for SGLT2 inhibitor therapy even if the eGFR is normal, emphasizing the need for testing. A non-steroidal mineralocorticoid antagonist (MRA) has also demonstrated reduction in CKD progression and heart failure hospitalization for the T2DM and CKD population.

Moreover, observational studies have shown interdisciplinary care that may include a primary care clinician, registered dietitian, pharmacist and nephrologist is also associated with improved outcomes for T2DM with CKD.

In addition to kidney protection, there are several interventions that do not necessarily modify CKD progression, but reduce risk of CVD, including statin-based therapies and the glucagon-like peptide receptor agonists (GLP-1RA) drug class for T2DM. Multiple additional studies of the SGLT2 inhibitor, non-steroidal MRA and GLP-1RA classes on kidney protective efficacy are ongoing.

Finally, prioritizing the development of a USPSTF CKD screening recommendation is foundational to achieving health equity. In September 2021, the NKF-American Society of Nephrology Task Force on Reassessing the Inclusion of Race in Diagnosing Kidney Diseases recommended the adoption of a new race-free Chronic Kidney Disease Epidemiology Collaboration 2021 creatinine equation to estimate kidney function. The aim of the new equation was to minimize potential consequences that disproportionately affect any one group of individuals. Removing race correction from clinical algorithms is important to society to avoid implying a biologic cause for race, which is a social construct.

NKF is working with large clinical laboratories across the United States to uniformly implement the new eGFR calculation. Kidney health equity will require targeted testing and improved access to care, including disease-modifying medications. Kidney disease typically does not have symptoms, so eGFR and uACR case finding are required among high-risk populations rather than general or mass population screening.

The evidence-base supporting targeted screening in high-risk populations has grown since 2012, tipping the scales in favor of the USPSTF to revisit the recommendation.

Joseph A. Vassalotti, MD, is the chief medical officer for the NKF and a clinical professor at the Icahn School of Medicine at Mount Sinai Hospital, New York.

Moreover, observational studies have shown interdisciplinary care that may include a primary care clinician, registered dietitian, pharmacist and nephrologist is also associated with improved outcomes for T2DM with CKD.


Receive an email when new articles are posted on

Please provide your email address to receive an email when new articles are posted on .
We were unable to process your request. Please try again later. If you continue to have this issue please contact [email protected]